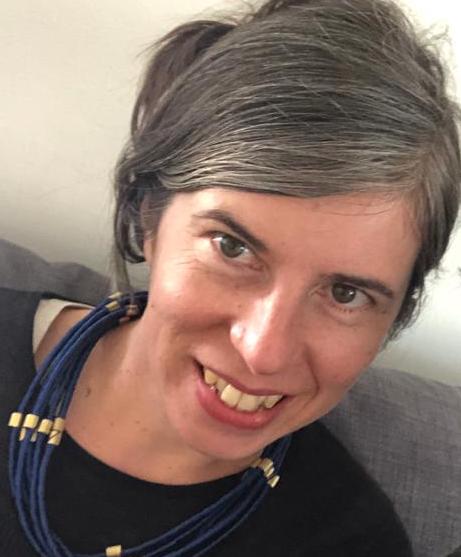 Jessica Whyte is a Scientia Associate Professor of Philosophy at the University of New South Wales, Australia, with a cross-appointment in the Faculty of Law. Her work integrates political philosophy, intellectual history and political economy to analyse contemporary forms of sovereignty, human rights, humanitarianism and militarism. She has a particular interest in the political stakes of mobilizing the category of the human, and in the way claims to protect humanity are bound up with rationalizations for abandoning certain lives and for state-sanctioned killing.  She has published widely on human rights, humanitarianism, and neoliberalism, and on contemporary European philosophy (especially Agamben and Foucault.)

She is the author of two published monographs, Catastrophe and Redemption: The Political Thought of Giorgio Agamben (SUNY, 2012), and, most recently, The Morals of the Market: Human Rights and the Rise of Neoliberalism (Verso, 2019). The latter book draws on archival research on the parallel histories of human rights and neoliberalism to uncover the place of human rights in neoliberal attempts to develop a moral framework for a market society. It shows that, in the wake of the Second World War, neoliberals saw demands for new rights to social welfare and self-determination as threats to “civilization”. Yet, rather than rejecting rights, they developed a distinctive account of human rights as tools to depoliticise civil society, protect private investments and shape liberal subjects. The book argues that this neoliberal conception of human rights was far more influential for the contemporary politics of human rights than has often been recognized.

Her current research focuses on the development of techniques of economic warfare in the period following World War Two.  More of her research is available here: https://unsw.academia.edu/JessicaWhyte

2014: Early Career Research Grant, University of Western Sydney, for the project “Suffering and Morality in the New Humanitarianism”, $7,078.

2010: School of English, Communications and Performance Studies Graduate Research Achievement Prize for the best publication in the School. (Awarded for the article “Particular Rights and Absolute Wrongs: Giorgio Agamben on Life and Politics”, published in Law and Critique.)

Scientia Project: “The moral economy of civilian protection and the transformation of international humanitarian law”.

Project description: Today, civilians account for a higher proportion of conflict deaths than at any point in modern history. As Western societies are acculturated to conceptualise far-off civilian deaths as ‘collateral damage’, new technologies and weaponry have deadly effects on non-combatants, and the rise of urban wars—in which non-traditional forces fight in the midst of densely-populated areas—expose civilians to increasing risks. This project addresses the significant challenge of the human costs of contemporary armed conflicts. It seeks to understand the historical and institutional processes that have established a moral and legal distinction between deliberate harm inflicted on non-combatants, and the ‘collateral damage’ that is seen as an inevitable ‘side-effect’ of modern warfare. The project will produce an account of the role of military strategists, human rights organisations, and international lawyers in normalising ‘unintentional’ killing. Drawing on archival material and military manuals, and combining insights from political philosophy, the history of human rights, and the anthropology of humanitarianism, the project aims to illuminate the moral economy of contemporary warfare.