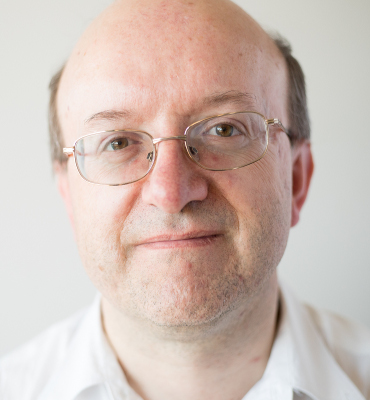 I was born in Lancashire, England, and grew up in Thurso, on the north coast of Scotland. I did my undergraduate degree at the University of Aberdeen, graduating with First Class Honours in mathematics in 1986. I then stayed on to complete my MSc and PhD in General Relativity under Graham Hall, graduating in 1989.

From there, I took up a position as a research associate at Monash University in Melbourne, funded by the Australian Research Council.

In 1992 I came to the University of New South Wales as an Associate Lecturer, initially on contract. I was granted tenure in November 1998, was promoted to Lecturer at the end of 2001 and to Senior Lecturer in 2018. I was the School's Director of Undergraduate Studies from July 2007 to January 2021, was elected to the University's Academic Board in 2017 and re-elected in 2021.

My particular interest is in exact solutions of Einstein's equations and the symmetries they admit, as well as  the history and basic structure of Relativity.

My last work was on an extending a formalism for vacuum space-times admitting an isometry to the cases of homothetic and conformal vectors, and applications of that formalism.