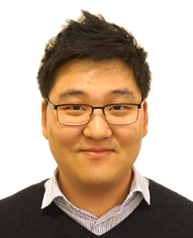 Dr Ki Wook Kim is a Juvenile Diabetes Research Foundation (JDRF) International Postdoctoral Research Fellow in the School of Women's and Children's Health at the University of New South Wales, based at the Prince of Wales Hospital. He completed both his Honours and PhD in Molecular Biology and Genetics at the University of Sydney, for which he investigated the roles and interactions of various microRNAs and RNA silencing component proteins in the model plant, Arabidopsis thaliana. During his PhD, he accumulated extensive training in molecular research and advanced microscopy at various leading institutions including the Victor Chang Cardiac Research Institute, CSIRO and the John Curtin School of Medical Research at ANU. He leads the Viruses and Diabetes Research Group within the UNSW-affiliated Virology Research Laboratory and co-leads the Virology theme within the Environmental Determinants of Islet Autoimmunity (ENDIA) Study, following 1,500 mother-infant pairs with a first-degree relative with type 1 diabetes across Australia.

Type 1 diabetes is an autoimmune disease that affects approximately 140 000 children and adults in Australia and over 16 million people worldwide. It is thought to arise from the complex interplay between genetic predisposition and exposure to various environmental agents. For decades, the involvement of Enteroviruses in the pathogenesis of this disease has been strongly debated.

Dr Kim is interested in further elucidating the molecular events initiated by Enteroviruses that might contribute to the onset of type 1 diabetes, especially those involving the dysregulation of microRNAs. He is also interested in the application of Next-Generation Sequencing technologies to investigate changes in the transcriptome and virome of human pancreatic islets prior to or following the development of type 1 diabetes.