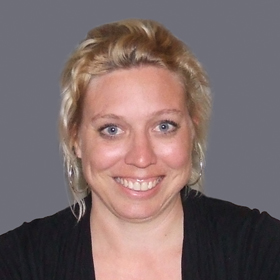 Louisa is UNSW Scientia Professor and NHMRC Senior Principal Research Fellow and Deputy Director at the National Drug and Alcohol Research Centre (NDARC), Faculty of Medicine, UNSW. She was awarded her PhD in 2003, examining the comorbidity of drug use and mental disorders in the Australian population. She has honorary Professorial appointments at University of Melbourne’s School of Population and Global Health, Murdoch Children’s Research Institute, and University of Washington’s Institute of Health Metrics and Evaluation. Louisa conducts diverse epidemiological studies including analysis of large-scale community and clinical population surveys, data linkage studies focusing upon people with a history of drug dependence or chronic pain, and cohort studies of young people. Louisa has published over 560 peer reviewed papers, 120 technical reports and monographs, three books and 45 book chapters. Her H-index in Scopus is 80, and 104 in Google Scholar.

From 2001 to 2008 she established and expanded national drug surveillance systems across Australia. This work included the establishment of the National Illicit Drug Indicators Project (NIDIP), which comprises the analysis of routine data collections across Australia that collect data on drug use, harms and supply; she took over the running of the Illicit Drug Reporting System (IDRS) in 2001. She also expanded a pilot of the Ecstasy and related Drugs Reporting System (EDRS) into a national system in 2003, and oversaw all these systems until she took up an NHMRC Fellowship in 2008. She rejoined the Drug Trends program at NDARC in 2018 as a chief investigator.

Louisa conducts diverse epidemiological studies, including examination of mortality related to opioid antagonist treatment; post marketing surveillance of new opioid agonist pharmacotherapies; cohort studies using data linkage methods of opioid treatment entrants; indirect prevalence estimation studies of drug dependence and injecting drug use; case-control studies of gene-environment interactions leading to opioid dependence; studies of drug overdose and international studies of the epidemiology of drug use and dependence. She is currently conducting a national prospective cohort study of entrants to pharmaceutical opioid use for the treatment of chronic non-cancer pain (the POINT cohort). She has more recently extended her focus upon the health of young people, and is currently involved in local and national cohort studies, with a focus upon the incidence and course of risk behaviours of young people.

Louisa was the lead academic on the Secretariat for the Reference Group to the United Nations on Injecting Drug Use and HIV (2007-2010) and continues to work with WHO and UNAIDS examining epidemiology of illicit drug use and associated health risks across the globe. She co-chaired the Expert Group on mental disorders and illicit drug use for the 2010 Global Burden of Disease study and is on the core analytic team for GBD.