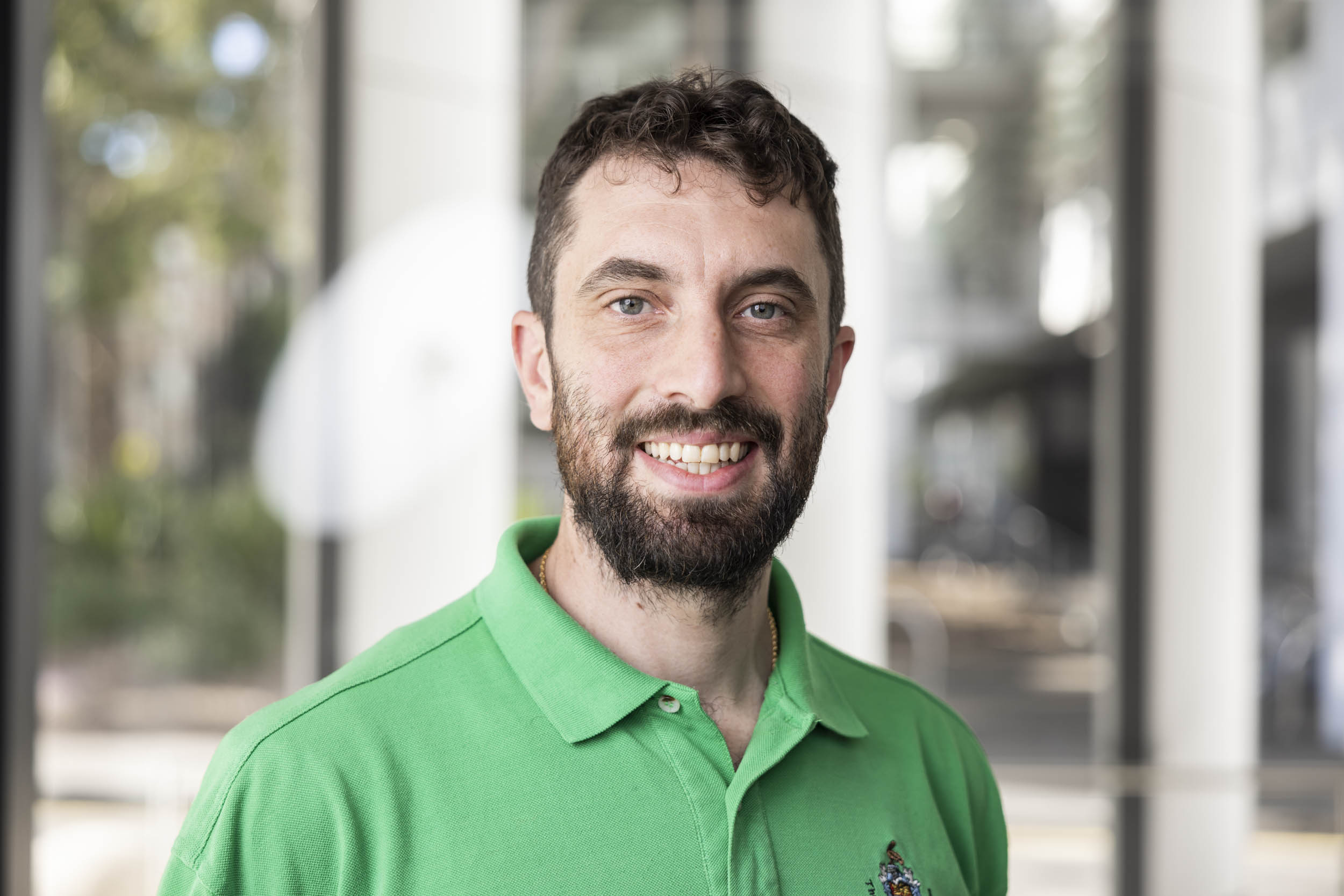 Dr Matt Baker is a Scientia Senior Lecturer in the School of Biotechnology and Biomolecular Sciences at the University of New South Wales.

Matt completed his DPhil in Physics at Oxford University as a John Monash Scholar studying the bacterial flagellar motor that makes nearly all bacteria swim. Subsequently Matt investigated protein transport in Oxford's Chemistry Research Laboratory and in the Department of Biochemistry. Upon his return to Australia, Matt focussed primarily on how simple subunit interactions govern assembly of complex architectures, including the rotor (NSMB 2016) and filament (eLife 2017). The next question is how this complexity emerged. To begin addressing this, Matt's nascent group at UNSW looks at how ion selectivity changes using directed evolution (Mol Micro 2019, Front. Microbiol. 2020) to examine the evolutionary landscape that constrains the adaptation of the motor (bioRxiv 2021).

Our group also investigates force sensitive proteins that in synthetic lipid bilayers (Channels 2019). These are essential at all scales of life, in bacteria to respond to osmotic shock and in mammals in the sense of touch and hearing and are involved in cancer progression and arthritis. In collaboration with Dr Shelley Wickham, we probe membrane dynamics and interactions using novel DNA nanotechnology (Nanoscale 2019, NAR 2021), with the ultimate goal to control membrane communication using de novo DNA nanotechnology.

Matt also has a love of radio: he was a Top 5 Under 40 Scientist in Residence at the ABC in 2015 and has continued since then as the regular science presenter on Nightlife, broadcast on ABC Local across Australia, and by producing content for the Health Report, Science Show, Saturday Extra and Earshot on ABC's Radio National. He is currently a 'Resident Scientist' on Koori FM - Sydney's First Nations Radio station and also on Radio New Zealand's flagship weekend breakfast show Saturday Morning with Kim Hill. He also has applied his data skills to journalism; he was Australia's inaugural Google Newslab Fellow in 2016 when he was embedded at the Sydney Morning Herald. Matt is active in Australia-China relations and has been an delegate and panel chair at the Australia-China Youth Dialogue since 2015.

Currently our group consists of 2 PhD students, 3 postdocs and 2 Hons students working in roughly a fifty-fifty split across flagellar and in vitro lipid/DNA projects. At any stage we welcome applications for PhDs and Hons students. We have recently been fortunate to be funded by the Human Frontier Science Program, so applicants interested in postdoctoral opportunities should get in touch.

A collection of links can be found on Matt's linktree.