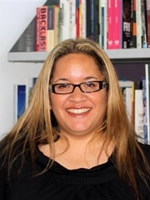 Professor Davis is formerly Chair and expert member of the United Nations Permanent Forum on Indigenous Issues (2011-2016). As UNPFII expert she was the focal point for UN Women and UN AIDS. During this period of UN service, Megan was the Rapporteur of the UN EGM on an Optional Protocol to the UNDRIP in 2015, the Rapporteur of the UN EGM on Combating violence against Indigenous women and girls in 2011 and the UN Rapporteur for the International EGM on Indigenous Youth in 2012. Megan has extensive experience as an international lawyer at the UN and participated in the drafting of the UNDRIP from 1999-2004 and is a former UN Fellow of the UN Office of the High Commissioner for Human Rights in Geneva.

Professor Davis was named in the 2017 Australian Financial Review annual power list and was awarded the overall winner in 2018’s Women of Influence. She was ranked number 7 on the Cultural power list for her work on constitutional reform and delivering the Uluru Statement From the Heart. Professor Davis has also been the 2010 NAIDOC Scholar of the Year; one of Australian Financial Review and Westpac's 100 Women of Influence in Australia in 2013 and 2016; National Australia Bank/Women's Agenda Inspirational Ambassador Award in 2013; the University of Queensland Alumni Award for services to the UN and constitutional reform in 2014; the 58th E.S. Meyers Memorial Medal in 2015; the Duchesne College, University of Queensland Acorn Award in 2015 and; the United Nations Association of Australia QLD UN Award in 2017.

Megan supports the North Queensland Cowboys and the Queensland Maroons.

ANU 2018 Indigenous Alumna of the Year