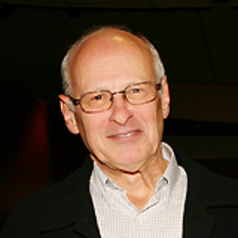 Michael Pusey studied in Melbourne and Paris before taking his doctorate from Harvard University in the United States. His first books were The Dynamics of Bureaucracy (Wiley and Son 1976) and, subsequently, Jurgen Habermas (Tavistock 1986). In the early 1990s Michael’s book on Economic Rationalism in Canberra A Nation Building State Changes its Mind (Cambridge 1991) started a national debate on ‘economic rationalism’ and brought the term into public usage. It showed how the Canberra policy apparatus had been taken over by neo-liberal 'economic rationalists' and warned of the social costs of free market economic reform. Thereafter during the 1990s he was Director of the Middle Australia Project researches into the broad Australian middle classes’ experience of economic restructuring. This research is presented in The Experience of Middle Australia The Dark Side of Economic Reform (Cambridge 2003). Michael’s 2003 lecture to the Australian Senate, ‘An Australian Story. the Troubling Experience of Economic Reform’, can be downloaded in pdf form from the website http://www.michaelpusey.com.au/. With Dr Paul Jones he is now working on a study titled ‘Political Communication and Media Regulation in Australia’ and developing a new interest in intergenerational relationships. Michael’s writings on economic reform and on the changing Australian middle class have involved over two hundred and fifty commentaries and interviews on radio, television and in the metropolitan press. In 2005 The Sydney Morning Herald listed Michael Pusey as one of Australia’s leading public intellectuals.