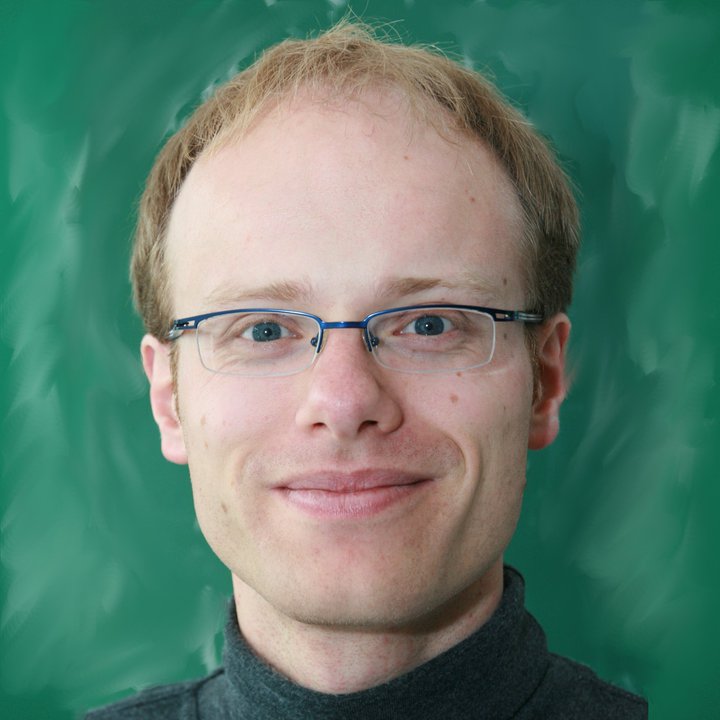 Dr. Michael Schmidt grew up in the south of Germany close to Ulm, the birth town of Albert Einstein. He obtained his Physik Diplom and PhD degrees at the Technische Universität München in Germany. His PhD was on theoretical neutrino physics. After two postdoctoral research positions at the Institute for Particle Physics Phenomenology at the University of Durham (2008-2011) and the University of Melbourne (2011-2014), he worked for four years as a Lecturer at the University of Sydney (2014-2018), before starting at the University of New South Wales as Senior Lecturer in 2018. His current research is focused on neutrino and flavour physics.

Neutrino physics
Neutrinos are extremely light, but massive, elementary particles. However, the origin of tiny neutrino masses is unknown and an active area of research. I studied quantum corrections in the lepton sector. The work is essential to connect high-scale model predictions to measurements at precision neutrino oscillation experiments. For a large part of the parameter space, the quantum corrections are at the same level as the sensitivity of the next-generation of neutrino oscillation experiments. As part of this work I have published a widely-used code, REAP, which enables calculations for specific models.
The origin of neutrino mass is unknown. I developed systematic approaches to neutrino mass generation in contrast to the often-adopted approach to randomly study models: My main focus is on the phenomenology based on effective ∆L = 2 operators, specially I showed how to search for models based on dimension-7 ∆L = 2 operators at the LHC. Moreover, I proposed a classification based on the number of loops, i.e. an expansion in the Planck constant and most recently I proposed a new approach based on simplified models. My invited review article on neutrino mass generation from 2017 is well known in the neutrino physics community.

Flavour physics
One important deficiency of the Standard Model is an inadequate explanation of “flavour”, the threefold replication of the elementary particles of matter. Processes between the three different flavours provides rich information and is a sensitive probe to new physics beyond the Standard Model. At the moment, there are several anomalous measurements, which do not agree with the Standard Model prediction including the anomalous magnetic moment of the muon and the violation of lepton flavour universality in processes b to s and b to c transitions. One of the current hot topics in quark flavour physics are the anomalies in semi-leptonic B-meson decays. I suggested an explanation of the anomalies in terms of a leptoquark. For the first time we demonstrated the need for right-handed couplings to explain the anomalies.
Furthermore, I suggested a complementary way to search for charged lepton flavour violation at the Large Hadron Collider (LHC) via non-resonant production of two charged leptons of different flavour and demonstrated that high energy colliders may outperform the dedicated experiments for part of the theory space.

Early Universe cosmology
The most appealing explanation of dark matter is in terms of a new elementary particle. There are many well-motivated dark matter candidates including weakly interacting massive particles (WIMPs), sterile neutrinos, axions, and axion-like particles. However, so far we do not know the nature of dark matter. Apart from several works on weakly-interacting massive particles (WIMPs), I developed a new production mechanism for sterile neutrino dark matter in the early Universe. It allows a colder dark matter spectrum and thus opens up parameter space for light dark matter.
Phase transitions in the early Universe may have important effects on the cosmological evolution. They may be responsible for the creation of the matter-antimatter asymmetry, may substantially affect today’s dark matter abundance, or generate a large gravitational wave background. I am currently investigating phase transitions in the context of neutrino mass models.

Supersymmetry phenomenology
I pointed out that the naive fine-tuning measure used to argue for light new particles in supersymmetry has to be extended to include a tuning in the Higgs mass. In the same publication we demonstrated that the partners of the top-quark can be heavier than 1 TeV in a natural model of supersymmetry refuting the common belief that they have to be much below 1 TeV. Moreover we showed how to explain the galactic centre excess of photons within supersymmetry.