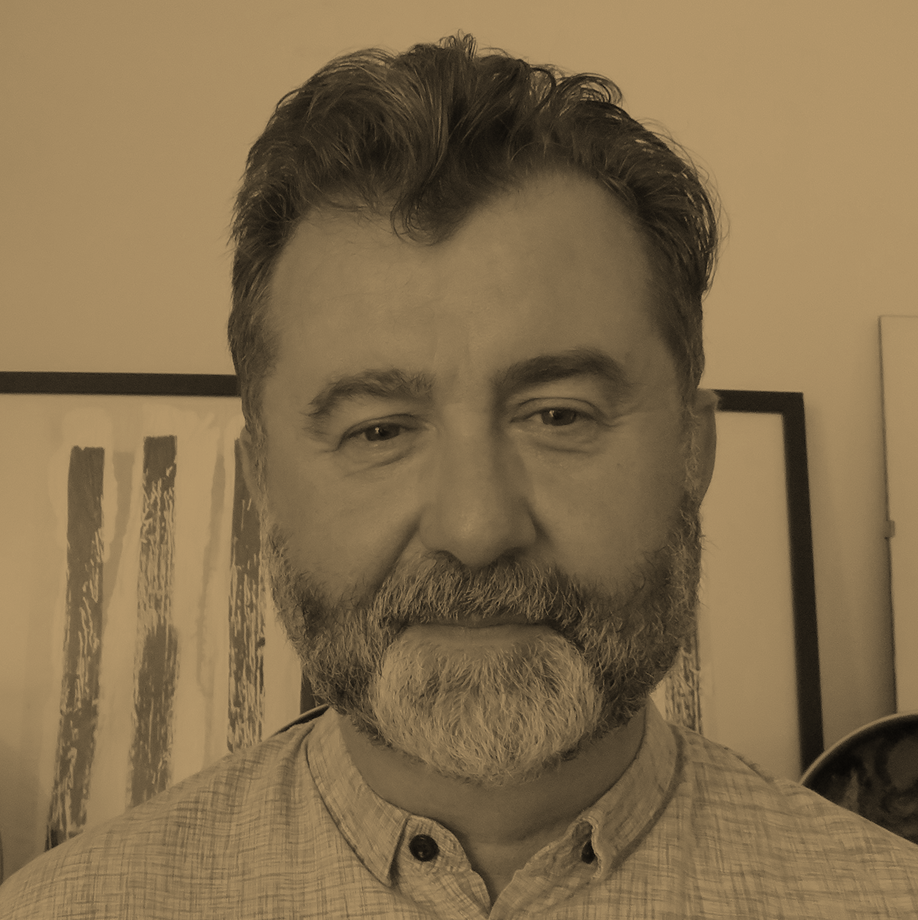 Paul Gladston 教授 保罗·葛思谛 is the inaugural UNSW Judith Neilson Chair Professor of Contemporary Art (2018-ongoing), a Distinguished Affiliate Member of the UK-China Humanities Alliance, Tsinghua University, Beijing (2022-ongoing) and an award-winning scholarly author. His research has had a significant impact on the direction of critical Chinese contemporary art/cultural studies inside and outside China, as evidenced by invitations to work with major international institutions, the translation of several of his publications into languages other than English and supervision of Ph.D. candidates from the PR China.

His numerous book-length publications include the co-edited collection, Visual Culture Wars at the Borders of Contemporary China: Art, Design, Film, New Media and the Prospects of “Post-West” Contemporaneity (Palgrave-Macmillan 2021), and the monographs, Contemporary Chinese Art, Aesthetic Modernity and Zhang Peili: Towards a Critical Contemporaneity (Bloomsbury 2019) and Contemporary Chinese Art: A Critical History (Reaktion 2014), "publication of the year" at the Awards of Art China (2015). He recently co-organised the online academic conferences, Chinese Cultures, Translation and Contemporaneity: Literature – Cinema – Performance - the Visual Arts, in association with Institute for World Literatures and Cultures (IWLC), Tsinghua University (2022), and Rethinking the Curation of Chinese Contemporary Art, in association with the School of Art History and Archaeology, University of Maryland and the Asia Society, Australia (2021). He was a Visiting Professor at Sotheby’s Institute, London (2016-2018). He has recently contributed to a book by UNESCO celebrating the organisation's 75th anniversary.

He is inaugural co-editor of the peer reviewed book series Contemporary East Asian Visual Cultures, Societies and Politics (Palgrave-Macmillan 2019-ongoing) and was founding principal editor of the peer-reviewed Journal of Contemporary Chinese Art (Intellect 2014-2017). He was an academic adviser to the internationally acclaimed exhibition "Art of Change: New Directions from China", Hayward Gallery-South Bank Centre, London (2012).

He was "Author of the Month" at the Zentrum für Kunst and Medientechnologie Karlsruhe (ZKM) website (2013). Other ZKM authors of the month include the internationally renowned scholars, Prof James Elkins (Chicago) and Prof Terry Smith (Chicago).  He is a regular expert contributor to international media, including Der Spiegel, Al Jazeera, Nikkei Media, Bloomberg Media, ARD (Germany), South China Morning Post, the BBC and ABC, and is the organiser and moderator of online panels as part of the Brooklyn Rail series, ‘The New Social Environment’. Brooklyn Rail has a print readership of 20,000 and 2,000,000 worldwide online. The New Social Environment has hosted such luminaries at Noam Chomsky and Ai Weiwei.

He was co-curator - with Dr. Lynne Howarth-Gladston - of the ground-breaking exhibitions, ‘New China/New Art: Contemporary Video from Shanghai and Hangzhou’, Djanogly Gallery, University of Nottingham (2015) and ‘Dis-/Continuing Traditions: Contemporary Video and Sound Art from China’, Salamanca Art Centre, Hobart, Tasmania (2021). He was moderator and co-organiser - with the Asia Society, the Museum of Contemporary Art, Sydney and UNSW Built Environment - of the prestigious annual Lloyd Rees Memorial Lecture (2019).

“From the painstaking walk-through of theoretical issues and historical/cultural context appearing in his Prolegomenon, through the concise yet bracing conclusion, Paul Gladston's study of Zhang Peili and contemporaneity is far more than a mere biographical sketch of a single artist; it is a treatise on visual art of the present and China's particularized presence in that sphere. It is a landmark work both in terms of cultural-criticism and art-historical analysis.” –  Paul Manfredi, Professor of Chinese, Pacific Lutheran University, USA

“Gladston, first with his Contemporary Chinese Art: a Critical History and now with this volume of selected writings, has distinguished himself as the most brilliant Western scholar working in this field. What makes Gladston's work so indispensable is not only his prose — it is both elegant and precise — but also that he so effectively subjects Chinese work to the same criticality that anyone reasonably would expect for any first-rate writing on art from any country.” - Drew Hammond, award-winning critic and gallerist

"Gladston's analysis of the post-1989 period, and the impact of the Tiananmen Square protest on art and culture, is particularly acute and astute." - The Art Newspaper

‘Dr Paul Gladston's (Associate Professor of Critical Theory and Visual Culture, Nottingham, 2005-present) research has served to problematize and add complexity to the public understanding of the relationship between contemporary Chinese art and the wider conditions of its making and showing both within and outside the Peoples' Republic of China (PRC). The Chief Curator of the Hayward Gallery exhibition Art of Change: New Directions from China (2012) drew on Gladston's expertise in the exhibition's presentation. The exhibition attracted over 22,000 visitors, with international media coverage leading to wider critical engagement in broadcast and social media. A challenging review of the exhibition in The Guardian by the high-profile artist Ai Weiwei, followed by Gladston's response, stimulated broader public debate around contemporary Chinese art.’

Author and co-convenor of the UNSW UG programme: