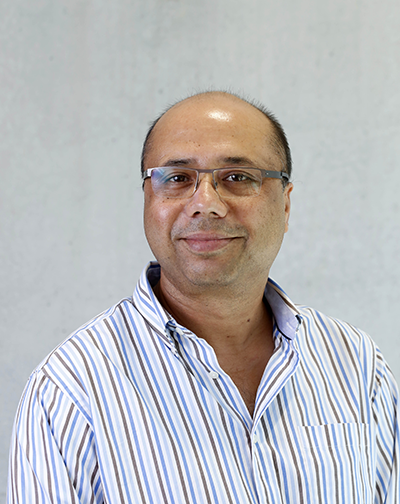 Sanjay K. Jha is a  full Professor at the School of Computer Science and Engineering since 2006 and  the Chief Scientist of the UNSW Institute for Cybersecurity (IFCYBER). He holds a Ph.D. degree from the University of Technology, Sydney, Australia. Sanjay has published over 300 articles in high quality journals and conferences. He is the principal author of the book Engineering Internet QoS and a co-editor of the book Wireless Sensor Networks: A Systems Perspective. He has been very active in attracting ARC Discovery and linkage grants, CRC and other industry. He leads UNSW's participation in the cooperative research centre  for Cyber Security (CSCRC).

His current research focuses on Cybersecurity. In particular, he is interested in research at the intersection of networking, both wired and wireless networking, and security. His research areas include:

Sanjay supervises a large number of graduate students (graduated 29 Phd candidates so far). He has worked as a consultant for major organizations such as Canon Research Lab (CISRA), DSTO, Lucent,  Fujitsu and Mitsubishi. In his previous job, he was a Lecturer at the School of Computing Sciences, University of Technology (UTS), Sydney. He also worked as Systems Engineer at the National Informatics Centre, New Delhi. He was a visiting scholar at the Distributed Computing and Communications Laboratory, Computer Science Department, Columbia University and a visiting professor with IIT-Bombay. In 2016, he spent his sabbatical at Oxford University and IIT-Delhi. He was also been a visiting researcher with Fujitsu Australia Ltd, Sydney and CSIRO ICT Center, Australia.

He was is an editor of the IEEE Transactions on  Dependable and Secure Computing (TDSC).  He was an editor of the IEEE Transactions on Mobile Computing (TMC) for five years and a member of editorial advisory board of Wiley/ACM International Journal of Network Management. Sanjay also served on the editoral board of the ACM Computer and Communication Review journal. He was a Member-at-Large, Technical Committee on Computer Communications (TCCC), IEEE Computer Society for a number of years.

Sanjay served on program committees of several high quality conferences. He was a member of technical program committee of the ACM WiSec 2014 and ACM CCS'2014/19, AsiaCCS'23,  Codaspy20/21 security conferences.   He  has served Technical Program Committee Chair of a number of conferences: WowMoM'2014, ICC'14 (vice chair), WPMC'14, LCN'04 and ATNAC'04. Sanjay was the General Chair of ACM Sensys 2007 symposium, co-chair and general chair (founder) of the Ements-1 and Emnets-II workshops respectively. Currently he was on the steering committee of the ACM Sensys and Emnets. He is a senior member of IEEE and has been involved with IEEE Computer Chapter NSW, Australia as chair/secretary for number of years.