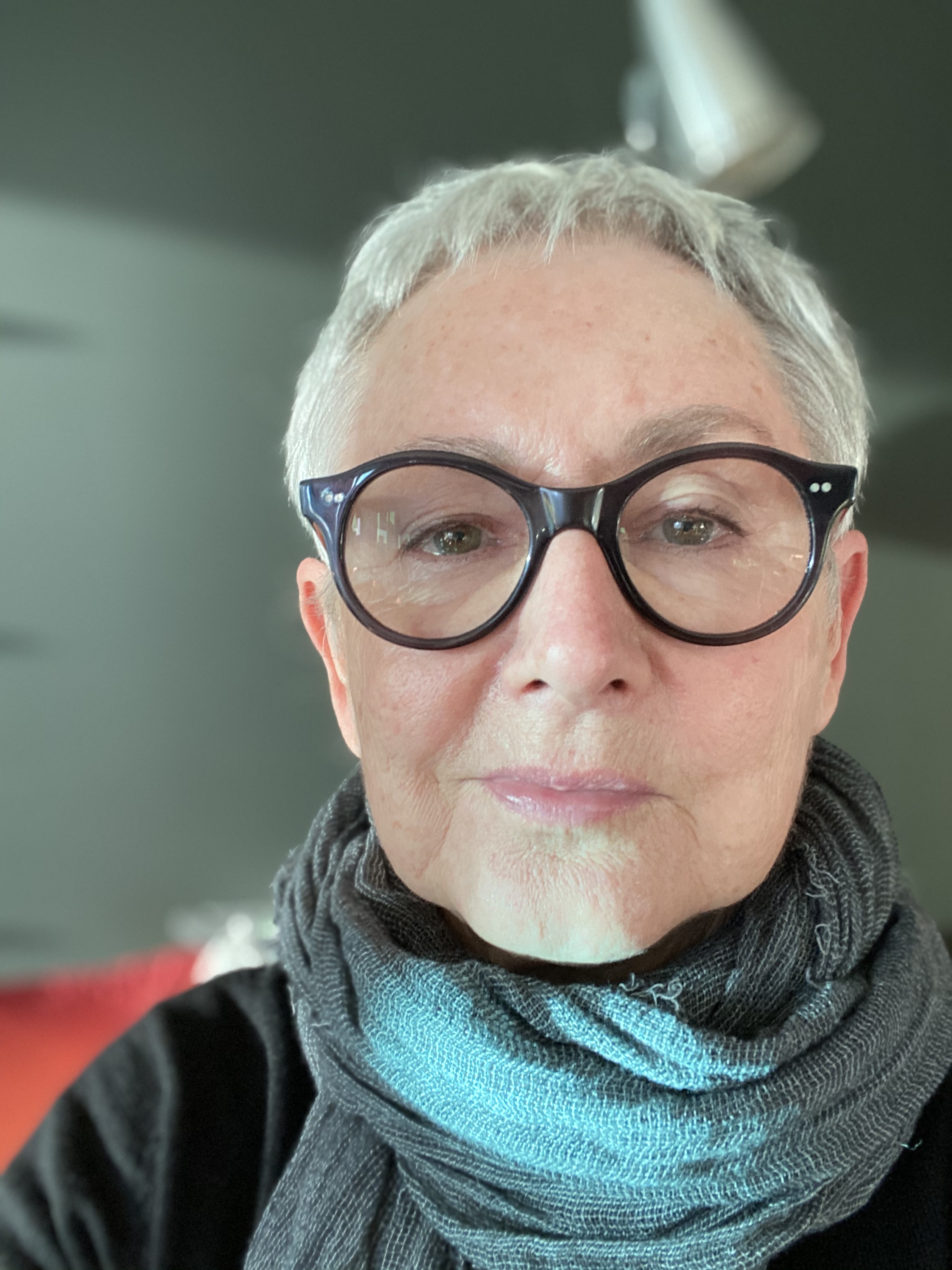 Vicki Kirby is Emeritus Professor of Sociology and Anthropology in the School of Social Sciences, Faculty of Arts and Social Sciences, UNSW, Visiting Professorial Fellow, Institute for Art and Architecture, Academy of Fine Arts Vienna.

The motivating question behind Vicki’s research is the puzzle of the nature/culture, body/mind, body/technology division, because so many political and ethical decisions are configured in terms of this opposition. Vicki is also interested in ‘the language question’ - what is language, and how does the way we answer that question define the human and inaugurate the political?

Vicki’s fascination with origins and foundations, or what grounds an argument, has remained an enduring provocation in her work.  Drawing on a rich interdisciplinary tradition in Australian feminisms and critical theory more generally, she explores the sometimes hidden politics of everyday life.  Her particular interest is embodiment and matter, and she brings feminism and deconstruction into conversation in order to shift the terms of these inquiries.  We know that cultural meanings are biologically registered, producing symptoms and signs, but what ‘language’ enables these interior communications and how do they differ from a conventional notion of language? Can the nature/culture division be sustained if flesh is literate; if it calculates? Is the special status accorded the human considerably qualified if life’s animations are forms of reading and writing?

Investigating such questions, Vicki’s research explores the uncanny resonance between poststructural understandings of ‘the life of language’ and scientific evidence about ‘the language of life.’ The international acclaim received by Telling Flesh: the substance of the corporeal (1997, Routledge), which explores the semiological capacities of flesh, is evidence of the unique and fertile provocations in this line of inquiry. Telling Flesh is a book of exceptional significance and merit… original… a brilliant philosophical critique” (Mutman: 1999). ‘Kirby takes herself and her readers on a trip where even Derrida only sometimes dares to go. As with all the best scholarship, or writing of any stripe… it keeps generating insights and wonders through multiple readings’ (Weinstone: 2000). Eleven reviews.

Judith Butler: Live Theory (2006, Continuum) explores the question of materiality, language and the discursive and offers a sustained criticism of one of the giants of contemporary feminist and political theory. The book illuminates how a surreptitious recuperation of the nature/culture division can inform work that actively eschews the opposition, and suggests how this division can be engaged differently. ‘Vicki Kirby’s presentation of Butler is… thoughtful and rigorous, generous yet insubordinate… The level of scholarship here is superior. The reader is witness to a stimulating dialogue between two talented scholars… Kirby offers many excellent criticisms of and questions about Butler’s ideas that warrant development elsewhere’ (Kachra: 2007). Five reviews.

Quantum Anthropologies: Life at Large (2011 Duke) consolidates the innovative trajectory of Kirby’s work.  How is scholarship in the humanities already substantively implicated in the sciences? What challenges do we confront if Derrida’s ‘no outside of text’ is read as ‘no outside of Nature’? The anonymous manuscript readers for Duke University Press confirm the book’s path-finding significance. Reader #1: ‘Vicki Kirby has developed a uniquely challenging and amplifying response to deconstruction as a means of offering new reflections on nature, embodiment, materialism, and science… There have been few Derrida commentators who have been able to combine an extreme intelligence about, attention and sensitivity to Derrida’s work, with this kind of extensive challenge to it’. Reader #2: ‘Kirby is one of the foremost intellectuals of our time. …a creative and original thinker who offers profound challenges to some of our most cherished beliefs. She is a scholar whose contributions are not only making a significant impact now, but promise to do so for some time to come’. 6 reviews.

What If Culture Was Nature All Along?is a collection of 11 essays curated by Vicki Kirby that proves that there is still something new to be said about feminist new materialisms and that there is value in facing this topic anew … Kirby's anthology not only adds to ongoing debates, but also puts feminist new materialisms into action, and by doing so she offers an insight into what feminist new materialisms can still do (and how)… The starting point for all the essays in this collection is an engaged and generous approach, full of curiosity and unable to be satisfied with shaky theoretical constructions. Thus, although essays engage in different topics and develop unique perspectives, the common attitude [is] of affirmative critique and genuine concern.- Monika Rogowska-Stangret, University of Warsaw, Hypatia

Vicki Kirby has already produced an impressive corpus on the relations amonglife, matter and inscription. This new volume takes her unique and formidable mode of argument to a new level. For Kirby, both our conceptions of nature/culture and our notion of ‘turns’ - back to reality, materialism or life - require a more complex and intellectually more generous approach to relations and mediations. Drawing powerfully from recent work in feminist and critical theory this book will redefine the ways in which we think about life, the human and the posthuman.- Claire Colebrook, Penn State University 2 Reviews

Vicki has held many teaching and research positions across Europe, the United States, Australia, New Zealand and India, most recently, Erasmus Mundus Professor Utrecht University and Visiting Professor, Winter School, Institute of Advanced Study in the Humanities and Social Sciences, Bern University. Her work is being archived by Brown University “since your work has been crucial to developments in your field and to feminist theory in general.” She was Chief Investigator of an ARC Discovery Project Grant, ‘The Life of Language and the Language of Life’ (2006-2009) $120,000; guest edited a special issue of Australian Feminist Studies in 2008, and is currently working on a manuscript provisionally titled, Human Exceptionalism on the Line.

Vital Translations: how language, biology and physical matter are inextricably entangled in all processes of translation

Recent findings in the sciences challenge the belief that language is a strictly human achievement. As the material stuff of life appears to transform itself through translative processes, the received meanings of such notions as literacy and even agency have been extended. Consequently, the difference between culture and nature, information and substance, or even subject and object is increasingly unclear. This project will link research sites that destabilise the tenets of anthropocentrism. Can these findings help us to reconceive our place in Nature?

Areas of Supervision: Animal studies and posthumanism; the Maori offender; the ethics of care in a palliative setting; system theories and bio-informatics; re-reading the interface between the biological and social through the immunological body; the politics of entanglement; feminism, post-structural theory, political theory; poststructural approaches to the question of spirit; investigating embodiment: feminisms/queer theory, biological discourses; embodied subjectivities and negotiations of purity, Foucault's ontology of power.

I currently supervise 3 PhD students, all with Postgraduate Awards.