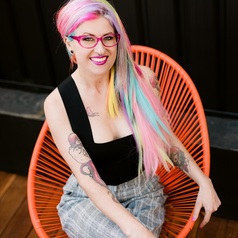 Zahra has fifteen years’ experience working on diverse social justice and human rights issues with community organisations, NGOs and UN bodies. She has worked as the Manager of Policy, Strategy and Research at the ACON (AIDS council of NSW) on HIV treatment & prevention, as the International Spokesperson and Policy Advisor for Scarlet Alliance (Australian Sex Workers Association) on sex worker rights, and as a Board Member for the NSW Gay and Lesbian Rights Lobby advocating for the removal of homosexual advance defence, the expungement of historical convictions and the strengthening of anti-discrimination protections. She is a volunteer with the Fair Play initiative at the Inner City Legal Centre, monitoring police in their drug detection operations at Mardi Gras, and a member of the Australian Lawyers for Human Rights LGBTI Sub-Committee.

Prior to this, Zahra worked at Allens Arthur Robinson, where she did pro bono work with the Homeless Persons Legal Service and PIAC’s Indigenous Justice Project Returning Stolen Wages and was seconded to the Kimberley Land Council for the Aurora Native Title Internship Program. She was a casework assistant at Wirringa Baiya Aboriginal Women’s Legal Centre working on cases of discrimination, family violence and sexual assault, a Country Office Intern with the United Nations Population Fund (UNFPA) in Eritrea contributing to adolescent sexual and reproductive health programs, and an intern with UN Women Australia contributing to Australia’s human rights reporting processes.

Over the last 10 years Zahra has taught Criminology, Gender and Cultural Studies, Social Research and Policy, Politics and International Relations and Criminal Law and Procedure at both UNSW and the University of Sydney. She has studied as part of the Summer Institute on Sexuality, Culture and Society at the University of Amsterdam and the Summer Doctoral Program at the University of Oxford Internet Institute. She has presented her research at conferences in the United States, United Kingdom, Scotland, Canada, Singapore and Japan, including as an invited speaker on Sex and the State at the International Bar Association Conference in Tokyo.

Zahra is currently working on a Stigma Indicators Monitoring Project with Scarlet Alliance and the UNSW Centre for Social Research in Health, collecting qualitative data on sex work stigma around Australia. She currently volunteers as a Mentor for the Women’s Justice Network, supporting women recently released from prison with social reintegration. She hosts a podcast called Thinking Justice in which she interviews academics, activists and critical thinkers about the past, the future and the limits of the law.