What are the keys to successful crisis communication?

As crises such as the COVID-19 pandemic evolve, research shows leaders should communicate critical information in a distinct, consistent and consensual way. 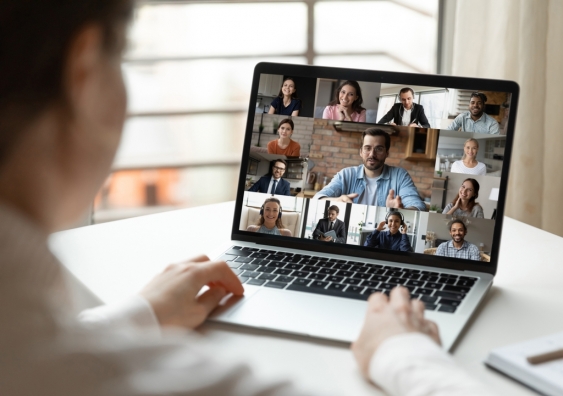 The economic impact of COVID-19 has devastated many sectors, and the shift to working from home has presented leaders with a range of communication challenges.

In times of crisis, employees turn to their organisation's leaders for guidance and support. It is vital for senior leaders to understand how they should communicate critical information with their employees. What is the purpose of crisis communication, and when is it most effective?

The researchers examined a range of managerial responses to COVID-19, the combined effects of crisis severity, the reliability of an organisation, and the impact of a country's uncertainty, on the overall strength of messages shared between management and staff.

Although the study focused on the higher education sector (universities), the results provide unique insights into how organisations can more effectively communicate with staff during crises.

The when, why and how of crisis communication

The project started in 2020 with a paper that outlined the researchers' intentions: Unraveling the What and How of Organizational Communication to Employees During COVID-19 Pandemic: Adopting an Attributional Lens. A second paper, Adopting an Attributional Perspective of HR Strength in Times of Crisis: A Cross-Cultural Study, which explores the findings in detail, has been submitted to a journal for publication.

In the study, the researchers collected and coded data from emails sent by the vice-chancellors (VCs) or deans of 35 universities across 16 countries. Then, the researchers analysed the data according to an attribution theory of Human Resources (HR) – the theory explains how individuals perceive the causes of everyday experiences, as either external or internal, according to three distinct characteristics: distinctiveness, consistency, and consensus.

They found that some universities regularly updated their staff with daily and weekly messages about COVID-19. One university even sent out 78 separate emails in 14 days. In other cases, staff were less informed by their management and had to rely on news from their governments. But the volume of emails didn't produce better outcomes. Rather the quality of that messaging, and the university’s geographical location, did.

The results showed that when messages were distinct, consistent, and consensual it helped people understand and receive critical information better, and the universities with the best messaging scored high in these three characteristics. The universities with the highest scores were the ones whose leaders shared information that assured employees they were being looked after.

Mr Nguyen, whose dissertation focused on how employees’ perceptions of organisational change influence their change attitudes and behaviours, explained that in practical terms, 'consensus' basically means receiving the same information from different people (e.g. the senior leaders and middle managers). Being ‘distinct’ involves, for example, a VC (or CEO) sending out an email directly to everyone in the organisation to capture their audience's attention, something that wouldn’t generally happen too often. Finally, 'consistent' information retains the same message, direction, and tone over time. So, for example, a university that adopted a caring tone instead of switching back and forth between a caring and procedural tone.

The impact of geographical uncertainty

A geographical uncertainty, and the perceived reliability of an organisation, also played a role in the overall effectiveness of the university's crisis communication.

While crisis severity encouraged information sharing that contained distinctive, consistent, and consensual features, the effect was strongest in high-reliability organisations, primarily in the countries with high uncertainty avoidance, the researchers said.

Overall, the universities with the highest scores were those whose leaders shared information that assured employees that they were being looked after in a distinct, consistent and consensual way.

More procedural messaging surrounding what employees could and could not do, scored lower, suggesting that mutual trust between management and employees is an important factor in crisis communication.

“How we communicate, and how people who have managed or manage our organisations communicate with us, is just as important as what we do at work and where we work,” concluded Prof. Schwarz.

So leaders should share information in a way that catches people's attention and builds trust. But leaders also need to be aware of the severity of the crisis and how this impacts their particular organisation.