Turning a common problem into a global solution: an expanded business mindset

Nick Nikolaiev knew completing an AGSM MBA would enable him to develop the entrepreneurial mindset and leadership frameworks needed to build his own business and create a product that is now being used by companies all around the world including; Salesforce, Roche, Netflix, Twitter, Time magazine and Woolworths. 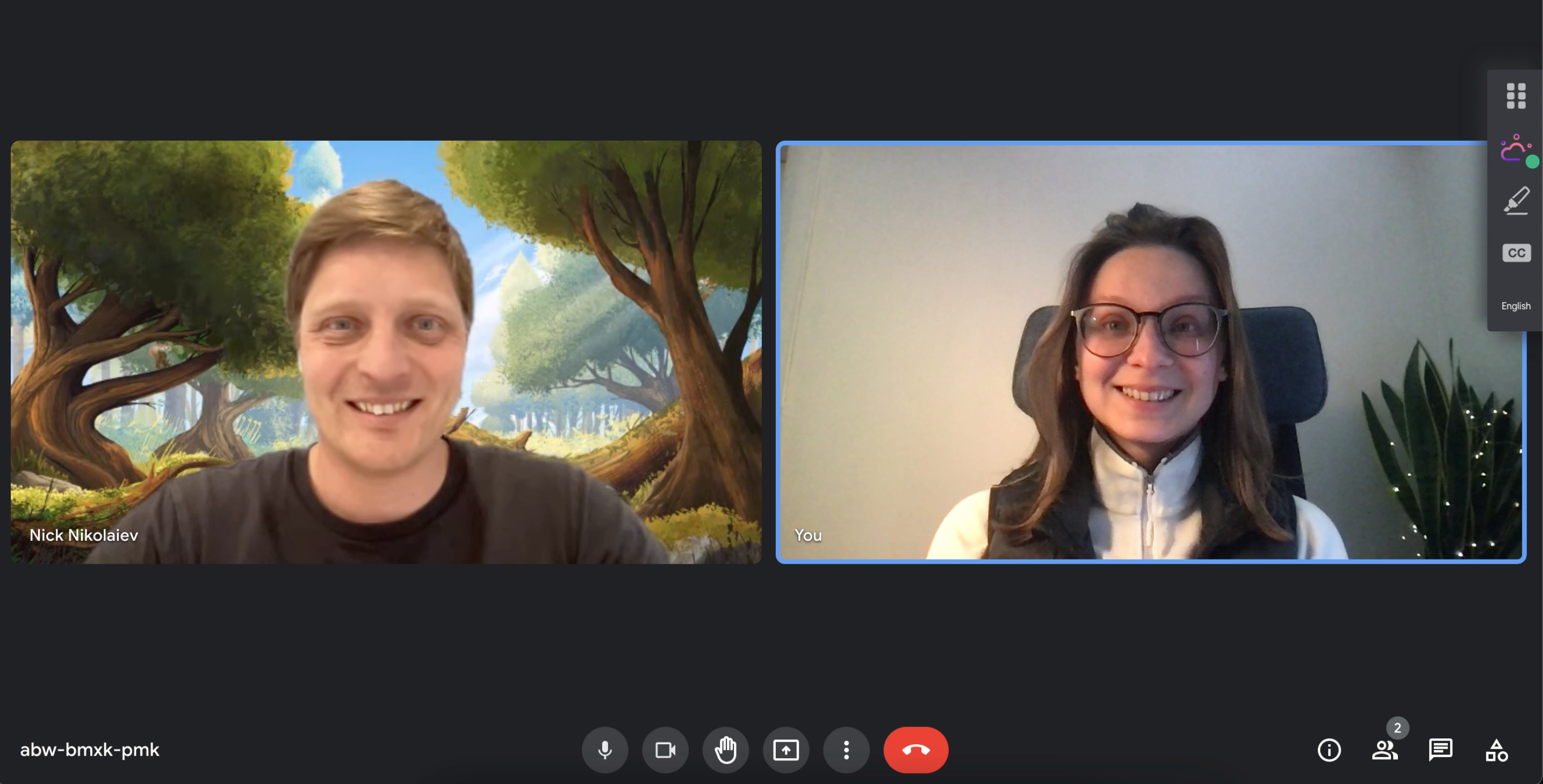 When you’re busy taking notes in an online meeting, you can miss important insights that are being spoken by others. With team members spread around the world, making connections and being able to collaborate effectively in real-time was extremely important to Nick Nikolaiev, COO and Co-Founder of Tactiq.io.

“My Tactiq Co-founder & CEO, Ksenia Svechnikova, and I experienced the same problems when it came to remote working environments. We both observed that meeting productivity is highly related to the amount of information captured during the meeting, and meetings are tremendously more productive if insights aren’t lost in the moment,” Nick says.

With a background in AI, Nick knew technology could help solve this problem. And having completed an AGSM @ UNSW Business School MBA, he had the entrepreneurial mindset and leadership frameworks to build a business model, team, and product that is now being used by companies all around the world including Salesforce, Roche, Netflix, Twitter, Time magazine and Woolworths.

Other clever features including marking key moments as highlights which show up as key points in the transcript and the ability to share meeting insights across the organisation instantly.

“Since launching the prototype in 2020, we’ve attracted over 180,000 users across 5,000 companies, in more than 70 countries as Tactiq supports multiple languages. Our team will also be making Zoom version of Tactiq public in a few months and planning to raise seed financing from global VCs later this year.”

Moreover, the team is proud that Tactiq helps people with ADHD, users with impaired hearing and supports non-native speakers in multicultural global environment making both learning and working more productive for them. 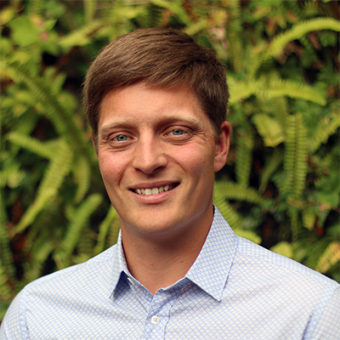 Taking global experience to the next level

Getting his first master’s degree in Ukraine at 19 years old, Nick’s career had already taken him around the world to work in Europe and the US, with a focus on finding IT productivity solutions. He felt an MBA was the next step in broadening his skillset and preparing him to launch his own tech start-up.

Before relocating to Sydney to create Tactiq with co-founder Ksenia Svechnikova, who had also worked for Atlassian previously, Nick first moved to Australia with his wife and two-month-old son in 2014 to study AGSM’s Full-Time MBA program.

“Moving from Europe, I was choosing between MBA programs in the US, Canada and Australia, and I had to make the decision based on what was the best fit for my family.”

“The AGSM MBA proved to be the best program for me based on its location and program quality. And we are super happy that we this first move to Sydney, so much so we now call Sydney home.”

While there were some other ventures between completing his AGSM MBA in 2016 and creating Tactiq in 2020, Nick says the skills and frameworks he learned during the program still serve him to this day.

Nick entered the Full-Time MBA wanting to gain the skills to start a new company, so chose subjects that reflected his goals. These included classes in venture capital finance, managerial decision-making, and entrepreneurship and innovation, which focused on the Lean Start-Up framework.

He said the insights provided by the academics provided a real-world understanding of how the whole start-up ecosystem worked.

“This gave me a solid foundation of knowledge. And after, when I made a few mistakes in my first start-up before Tactiq, I was able to learn from them,” Nick says.

But he also said the MBA helped him change his mindset when it came to these challenges, which enabled him to resolve issues more quickly, analyse each situation independently, and see the bigger picture

“It’s a totally opposite mindset when you're starting something new. You’re searching for a super positive signal in the market in reaction to what you're doing. The faster you make these failures and improve with small iterations, the more chance you will find that unique opportunity, Nick says.”

And while he was learning practical skills in how to build and grow a start-up, Nick was also learning more about himself and his approach to how to manage and lead teams – skills which he believes go hand in hand with a successful business.

“I remember at the beginning of the program, we had some specific coaching sessions with the AGSM Careers team, which I was very resistant to. I couldn't understand why we were doing these types of exercises. Over time, I changed my mindset and saw the benefit,” Nick says.

“Now I’m using these exercises all the time when I'm building my own teams. I even reference this specific part of the program because I now understand the value of the approach of how to lead teams and how to bring people together – how important it is to be a united team, to build the company vision together.”

Nick also valued the strength and diversity of the cohort, which provided great insights into different roles and industries. “It’s always possible to find solid advice, ranging from venture capital financing to marketing or almost any industry, within your AGSM MBA cohort.”

As Nick was looking to start his own business, completing two internships as part of his MBA was also a valuable experience. Nick’s first internship was at Disrupt start-up, and the second was with Mountain Planet.

“It was great experience for me. I got to learn from two different technology focused organisations and how to apply my MBA skills in the real-world. Disrupt was also part of the Muru-D accelerator program, which made it easier for me to understand the value of this part of the start-up journey and it helped me make the final decision to start my own company,” says Nick.

After successfully completing his MBA, Nick moved to San Francisco and launched his first AI start-up where he led a team based in New Zealand. It was here the idea for Tactiq started to take shape.

“The problem is easy to explain, and it’s something we’ve been doing as human beings for centuries. High-level meetings, like board meetings, have dedicated note takers. Tactiq is like having this special dedicated person taking the perfect meeting notes for you and your team that you can share across your organisation after the call, so everyone has the insight,” Nick says.

When Nick and his family returned to Sydney, Australia in 2019 to start Tactiq, he reconnected with other AGSM alumni to get an update on the Sydney start-up scene. One of his friends mentioned the Antler accelerator program, which other AGSM alumni had also worked in partnership with for their own start-ups. 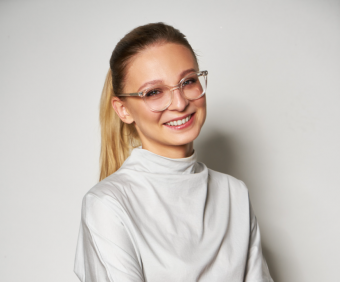 “It was critical at this point in time to get in to an accelerator program, to give Tactiq the best start possible. Ksenia and I joined the Antler Sydney program as a team just after the launch of the early prototype version of Tactiq, and that’s when we started rapidly growing our company.”

“Antler helped us get in front of the right investors at the right time, and we closed our pre-seed round from angel investors very fast. We were connecting with large corporate users worldwide from day one, the support from the Antler Global team was also very valuable. Antler’s next cohort starts in January for those who are pre-launch and they have also started accepting applications from existing businesses!”

As their growth continues, Nick still sees the value in being an AGSM alumnus, meeting Tactiq users at alumni events and looking to the Career Accelerator @ AGSM team to promote his product to other corporate and industry partners as his company expands.

“It’s so interesting that I’m meeting and making connections with people who work at big companies that use Tactiq every day, and who also completed their MBA at AGSM,” Nick says.

“The introductions and networks you build through the AGSM MBA program are so valuable, and it’s always possible to get the right connections you need to help transform your career.”

“As our team grows, we are also considering implementing internship opportunities that will help the next generation of innovators through the AGSM’s Careers team as an industry employer in the near future.”