An oral history series documenting the experiences of ten Aboriginal Elders will contribute Aboriginal voices and perspectives to primary education.

An oral histories project will give primary school students access to aspects of Aboriginal culture and experience as told by Aboriginal Elders.

The project, Keeping Culture: Utilising Koori Elders wisdom and knowledge in education, documents the histories of five women and five men with a depth of knowledge across diverse sectors, including child protection, Aboriginal self-determination and environmental activism, academia and the arts.

The short video series, funded by an ARC Indigenous Discovery Grant, was recorded by Associate Professor Fabri Blacklock from UNSW Sydney and Professor Janet Mooney from the Australian Catholic University. The histories contribute to a critical gap in educational research on Aboriginal knowledges and perspectives.

The project will enhance Aboriginal education in Australian schools and strengthen the identity, connection to culture and educational outcomes of all students, says A/Prof. Blacklock, a Nucoorilma and Biripi woman, from UNSW’s School of Art & Design.

“Elders’ wisdom and knowledge, perspectives and experiences are the foundation and lifeblood of continuing Koori culture,” she says. “This research is urgent to prevent the knowledge and wisdom they carry with them from being lost forever.”

“[Yarning and deep listening are] central to our connection to country and culture and [fostering] our resilience through the continued colonisation of our people, land and culture,” A/Prof. Blacklock says.

Yarning circles are gaining momentum within education and community organisations more broadly, she says. “Having a talk, having a yarn in a more informal way, rather than a traditional qualitative interview … is a really good way to have that two-way sharing between people, [promoting] multiple voices, and sharing and learning as mob.”

A/Prof. Blacklock is an artist, historian and curator whose research aims to improve educational equity and wellbeing for Aboriginal people. Her research is central to her identity as a Koori woman, privileging Aboriginal epistemologies and ontologies, she says.

“Learning from Aboriginal Elders as the senior knowledge holders and custodians of culture can improve students’ understanding of the history of Australia,” she says.

“Our education system is very Eurocentric, and dominated by non-Aboriginal perspectives and experiences... I think it’s important that [as Aboriginal people] we have the space to tell our stories on our own terms.”

The Elders offer diverse perspectives on being Aboriginal in Australia. Influential people within their communities, they have collectively advocated for better conditions for Aboriginal people, including better community housing, a living wage, respect for Aboriginal protocols of kinship care, artmaking for wellbeing and traditional land rights.

“I wanted to see our kids come back home,” she says. “It’s very important to protect children and to keep them safe. I work training carers and workers about kinship, to get out there and find their [kids’] families … to stop the tears and heartaches in our community.”

Denied promotion after winning the 1971 News Photographer of the Year for Life and Death Dash, he went on to capture political events, such as the first act of restitution of Aboriginal land rights, influential Aboriginal Australians, including Oodgeroo Noonuccal and Lionel Rose, and everyday Aboriginal experiences, such as Girl pours tea, Burnt Bridge, 1988, through his lens.

Gumbaynggirr Elder Uncle Bud Marshall mentors young people and fights to protect sacred rivers and land. Sharing Aboriginal stories is so important for communities, he says. In the 1980s he led a march from Tweed Heads to protest sandmining. They walked for three and a half months down the east coast, gathering people as they went.

“I knew all the people – I was a bit of a traveller when I was young,” he says. When they reached Manly by ferry, he was up front with a young man from the Stolen Generations taken from his family at five years old.

“On the other shore, standing in the water [unexpectedly] was his mum. He jumped out of that boat; the ferry nearly ran him over. That was the most emotional day… There was joy everywhere. Everyone dancing around. People came from everywhere,” he says.

Uncle Bud invites people to see and feel Country, its patterns and cycles, to live in relationship with it and to understand this always was and always will be Gumbaynggirr Country through Uncle Benjie’s sculpture. Uncle Bud with artist Nick Warfield. Image: Sarah Wright.

The research will have significant impact on Aboriginal people’s wellbeing through its transmission of culture and its cataloguing of insights and cultural information, says A/Prof. Blacklock.

“Connecting young and old together as well is really important,” she says. “A lot of young fellas are becoming disconnected from culture and from our Elders… It's really important to have that reconnection.”

Having the opportunity to share his close connection to country and culture with future generations is vital, Uncle Bud says. Reconciliation pivots around respect for one another, that’s what his grandfathers and uncles taught him, he says.

“Black and white, we’re all one. That’s what I tell the kids. Don’t care about the colour of your skin, we’re all the same. We all bleed the same and everything. Since the old fellas have gone, I just want to get the younger generation together. That’s the most important thing, I reckon,” he says.

The oral histories are further supported by historical and contemporary records, such as maps and photographs, artworks and commentary, for social context. The materials will be used as educational resources for both NSW school and Aboriginal community education.

“The most empowering part of recording the oral histories is that they tell the personal perspectives and experiences of Aboriginal people,” says A/Prof. Blacklock. “Listening to some of the stories and experiences that they [the Elders] told me, I’ve had the hairs on my arm stand up and wanted to cry at some points… 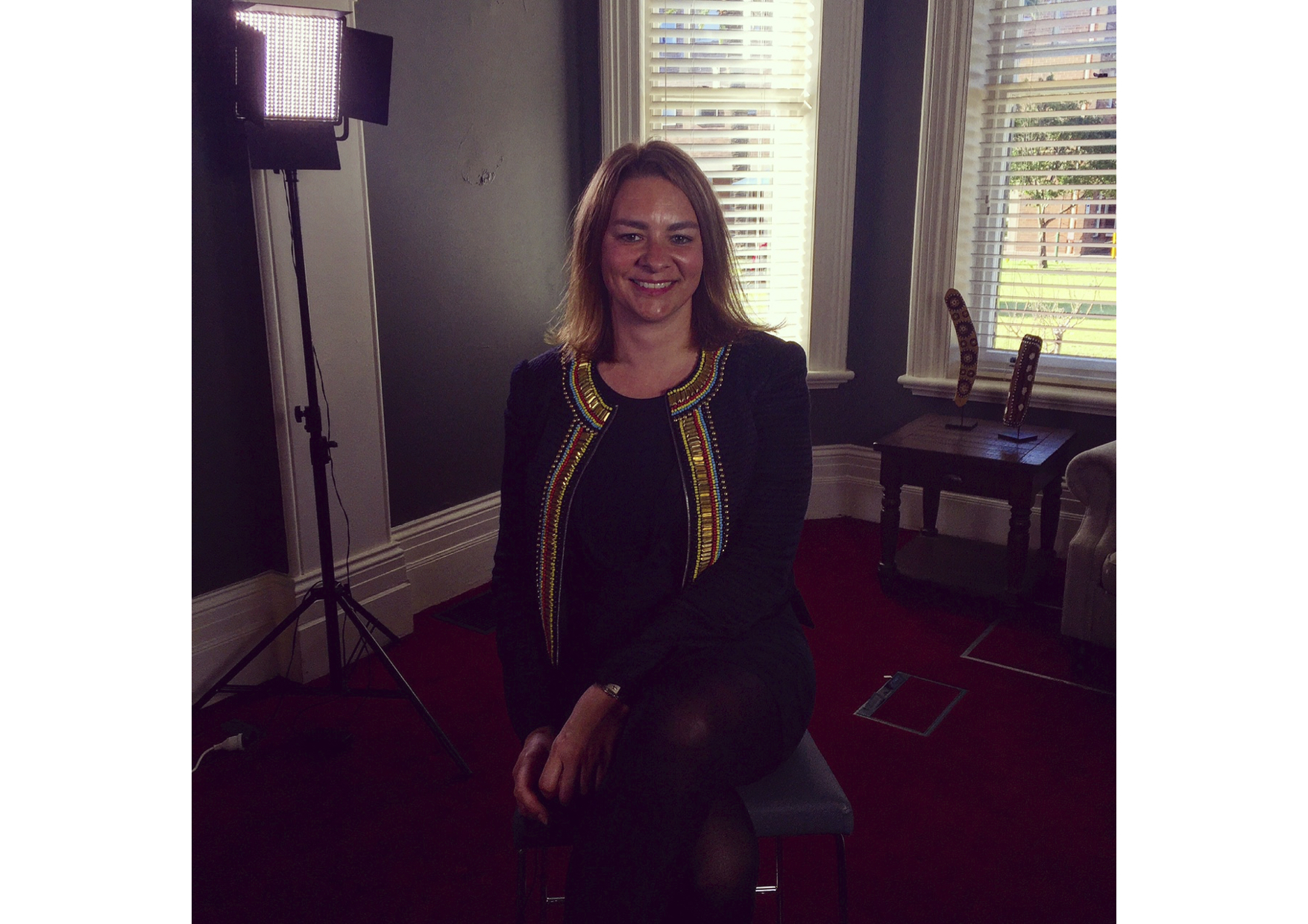