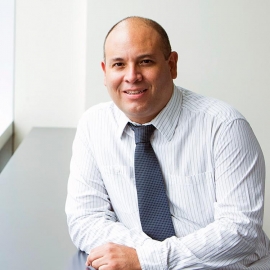 How Economics Research Is Challenging Views on Refugees

It’s estimated that there are around 65 million displaced people in the world, 22.5 million of whom are refugees. While the debate around Australia’s policy on refugees continues to rage, it’s widely acknowledged that most refugees don’t end up on our shores, but in safe neighbouring countries. With this in mind, a small team of researchers from the UNSW School of Economics set out to determine the real impact of a refugee camp in Kenya.

It’s a common belief that an influx of refugees can have a massive shock on the local labour market because of the inflow of people and aid.

Juan Carlos acknowledges that, “In principle this situation could impact the salaries of local workers and create problems.

“But my colleague, Dr Sarah Walker, found strong evidence of the positive impact of the refugee camp. 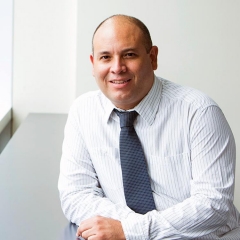 It’s exciting that we are using an economic technique to test evidence for the positive impact of the presence of refugees.

How economics research is providing insights into global issues

Research like this encourages the debate around refugee policy to be evidence-based, rather than centred on ideology.

“Sarah’s findings have encouraged us to do more research around refugees and the economy,” he says.

Conducting this type of study is complicated and caution is needed when analysing the data. Juan Carlos says that understanding policy methods, development economics and micro-econometrics is crucial when starting to use economics in a global setting.

“It’s exciting that we are using an economic technique to test evidence for the positive impact of the presence of refugees.”

Economics students from theory to practice

Juan Carlos’s own research tends to be more theoretical than some of his colleagues’, but he says it’s important to have theoretical and empirical tools for those wanting to further their career in economics.

“Our students take lots of subjects with the Master of Economics, so it’s a very rigorous course and highly quantitative,” he says.

“We provide students with the tools they need to do policy analysis, consultancy and data analysis.”

But, perhaps the most important thing, Juan Carlos says, is how students are given the tools to be economically sophisticated and to look at contemporary issues, like the refugee crisis, through a different lens.

“We provide our students with frameworks to analyse problems,” he says, “So, even though we don’t have all the answers, we give our students theoretical and empirical tools to problem-solve for themselves.”