Current dominant paradigm in statistical testing of a point null hypothesis is inadequate as our expression of uncertainty about the world in the 21st century. For decades, it has produced countless criticisms and recently even methodological crisis in some fields of science and has done serious damage to the image of statistics and statisticians.

Within the paradigm, “San Andreas fault” ̶ the Jeffreys-Lindley paradox is deeply embedded, shaking the foundations of statistics and dividing frequentists and Bayesians in an irreconcilable way. It is high time that statisticians took some measures to solve these accumulated and significant anomalies against current paradigm and rebuilt healthy foundations of statistical science.

In this talk, a new paradigm of statistical testing of point null hypotheses is suggested. It is established on the implications of the Zero probability theorem (paradox). This theorem undoubtedly reveals logical deficiency of point-null hypotheses testing for continuous parameters. We explore consequences of this theorem on the Fisherian significance testing, Neyman-Pearson hypothesis testing and Bayesian testing based upon the Bayes factor. Zero probability theorem implicitly leads to the dissolution of the famous Jeffreys-Lindley paradox, of the large sample paradox enunciated by Berkson, and modifies the notion of the Cromwell’s rule.

We give enough arguments to confirm that a new paradigm of statistical testing will not only eradicate most of the objections against frequentist testing and breathe a new life into them, but also considerably reconcile communication in inference between frequentist and Bayesian approaches. 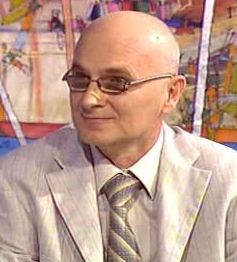 Miodrag Lovric is Professor of Statistics at the University of Kragujevac Serbia, and Editor-in-Chief of the International Encyclopedia of Statistical Science (619 contributors coming from 105 countries, published by Springer), nominated for the 2014 Nobel Peace Prize, as one of the first statisticians ever, by qualified nominators from seven countries (USA, Brazil, India, Serbia, Spain, Bosnia and Botswana) that spans five continents. This talk is based on the joint research done with Professor C.R. Rao.