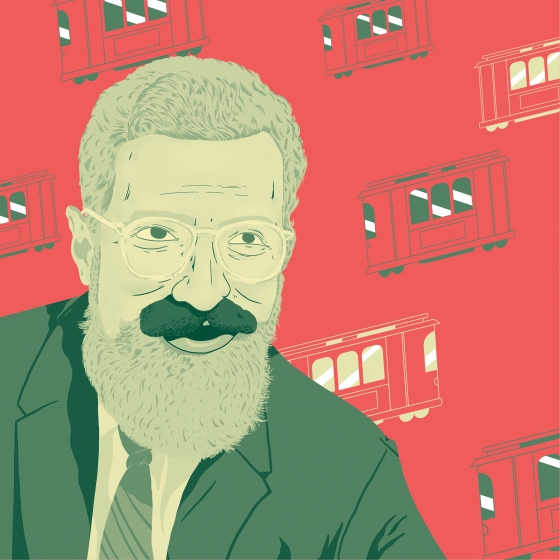 A gem for geology.

Clyde Wahrhaftig was a geologist born to a pioneer family from Fresno, California, in 1919.1 He received a bachelor’s degree in geology in 1941 from the California Institute of Technology. In the 1950s, Clyde received a PhD in geology from Harvard University and began mapping the effects of the Tioga glaciation in the Yosemite National Park area. However, this map was left unfinished as Wahrhaftig passed of heart failure at the age of 74.2

Wahrhaftig made significant contributions to the applications of geological science and its introduction to public education.3 In the 1940s, he began exploring Alaskan frontiers with the United States Geological Survey, working on the slopes of the Alaskan range, charting the geology of the north slope.2 Much of this travel was without the use of automobiles and aircraft, for he disliked the use of fossil fuels and instead preferred to walk, cycle, or use public transportation.1

The Geological Society of America awarded him the Kirk Bryan Award for his 1965 paper, “Stepped Topography of the Southern Sierra Nevada”.1 Wahrhaftig was passionate about raising awareness about the role of plate tectonics in causing earthquakes.2 He was also one of the first scientists to apply geological science to environmental issues, with special attention given to forest management practices such as the effects of logging on soil erosion.2 Upon receiving a position on the California Board of Forestry in 1975, he used the platform to advocate for forest practices legislation with a long-term outlook towards geomorphological effects of forest management.

Wahrhaftig promoted public transport to make geology more accessible to the public.1 He wrote field guides that highlighted local geographical sites, which didn’t require long car trips.1 Clyde’s most popular field guides include ‘A Streetcar to Subduction and Other Plate Tectonic Trips by Public Transport in San Francisco’.4 This guide was recently revamped in digital form with a Google Earth-based online field trip guide series entitled “Streetcar2Subduction” in December 2019. This guide was featured at the American Geophysical Union Fall Meeting to acknowledge the 35th anniversary of the original release and the 100th anniversary of Wahrhaftig’s birth.

The Geological Society of America awarded Clyde Wahrhaftig its Distinguished Career Award in 1989.5 He took this opportunity to come out as a gay man, hoping to promote the recognition of the LGBTQIA+ student community and their contributions without bias.

Clyde held enduring love for geology until the end of his lifetime and is recalled by his peers as a renaissance man who loved literature, history, classical music, art and philosophy.2 He has a story that creates a blueprint for our community to allow people to feel comfortable sharing stories about their identity and how it impacted their journey into science.