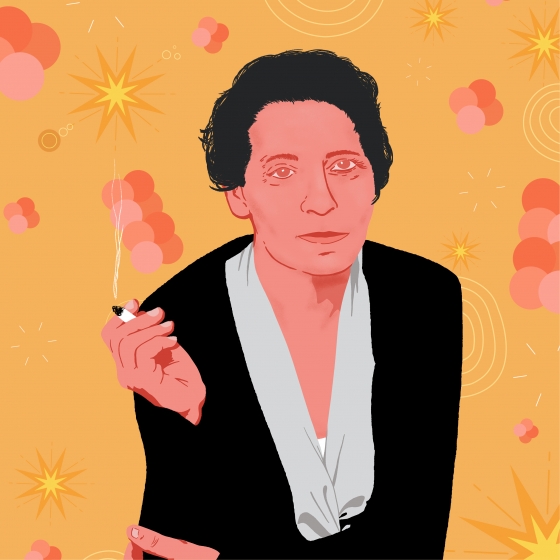 Lise Meitner was born in 1878 in Vienna, Austria-Hungary, as one of eight children of Jewish lawyer Dr Philipp Meitner and Hedwig Meitner-Skovran.1 She finished school at age fourteen since girls were not permitted to attend secondary school. Still, she had maintained an interest in science since childhood, recording experiments in a notebook kept under her pillow. Restricted by career options offered for women, Meitner studied to become a French teacher. In 1897 women were granted access to university education which prompted Meitner to begin private lessons for her university entrance exam at the age of 20. She achieved her doctoral degree in Physics as the second woman at the University of Vienna in 1906.2

Meitner started an unpaid research position in Berlin in 1907, but women in Berlin were still not permitted to attend university.1 Despite attaining her PhD, Meitner was only allowed to work in an old carpenter’s workshop and was prohibited from entering lecture halls or using the main university entrance. There she worked with Otto Hahn, who held a similar unpaid position, on the radioactive decay of elements that contributed fundamentally to our understanding of the atomic nucleus.1,3 It was not until 1912, at the age of 34, that she got her first paid position for grading students’ papers. Until then, she was relying on a small allowance from her father. In 1918 Meitner and Hahn reported the discovery of the radioactive element Protactinium.4 This led to her first paid research position and eventually becoming the first female physics professor in Germany in 1926.

With the rise of the Nazi Party in 1933, Meitner’s license to teach was revoked due to her Jewish background.1 Her Austrian citizenship provided some protection, but following Austria’s annexation by Germany in 1938, she was forced to flee to Sweden. Despite being a well-respected professor of physics, all she was offered in Stockholm was an unpaid research position. She noted in letters that she suffered from loneliness and was struggling financially, surviving on bread and coffee.

Later in the same year, Otto Hahn informed Meitner of a finding that he could not explain.3 It looked like an atomic nucleus was splitting into two smaller nuclei. Meitner and her nephew delivered the theoretical foundation of what they named nuclear fission and explained the great release of energy connected to it.5 In 1944, Otto Hahn was solely awarded the Nobel Prize for this finding, without Lise Meitner’s contribution being acknowledged.6 This was likely due to Hahn not being able to claim association with Meitner, who was in exile in Sweden.1 Meitner has been nominated 48 times for the Nobel prize, including by Hahn for the explanation of fission in 1948.7 While never receiving the prize, in 1982, the unstable element Meitnerium was created and named in her honour.8

The discovery of fission ultimately enabled the development of the atomic bomb.1 The American media labelled Meitner the ‘Jewish mother of the atomic bomb’, disregarding the fact that she did not identify as Jewish and expressed stark opposition to nuclear warfare.2,9 Meitner died peacefully in her sleep on 27 October 1968 at the age of 89.2 Her tombstone reads: “Lise Meitner – a physicist who never lost her humanity”.10