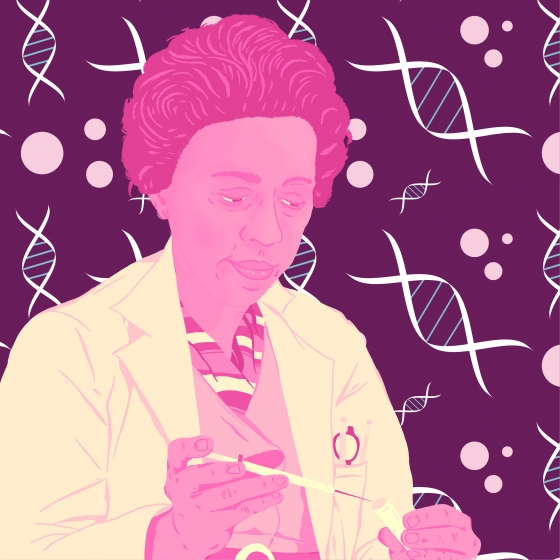 It is often that we do not recognise the full impact of a Scientist’s career for years after their initial accomplishments. That is true for biochemist Dr Marie Maynard Daly, whose contributions to genetics and hypertension research still resonate.

Daly was born on 16 April 1921 to Ivan Daly of the British West Indies and Helen Page of Washington DC. The family lived in Queens, New York City while Daly’s father pursued a career in chemistry.1, 2 However, due to financial restraints, Ivan was forced to discontinue his studies and had to find other employment.1, 2

Following her bachelor’s degree, Daly was awarded a fellowship to study her master’s at New York University, which she completed within a year.1 The involvement of the US in World War II meant many young men were taken from industry in the United States to support the war effort. As such, many traditionally male-dominated career options were now open to women, and Daly was able to enrol in a PhD program at Columbia University.1 Daly worked under the supervision of Mary Letitia Caldwell and, together, they worked to uncover the process of chemical digestion of food in the human body.1 Daly was awarded her PhD after three years of study, becoming the first African American woman to receive a PhD in Chemistry in the United States of America.1, 3, 4

After completing her PhD in 1947, Daly received a grant from the American Cancer Society to research the mechanism of protein synthesis within cells.1 Daly also worked to uncover the role of ribonucleoproteins in protein synthesis, which is an essential component of how organisms produce proteins from genetic material.5 Daly also identified that within the nuclei of cells, purines and pyrimidines, the building blocks of our genetic material, consisted mainly of four base structures.6 These two ground-breaking discoveries are now recognised as essential in contributing to uncovering the structure and function of DNA.7 Daly’s research also aimed to investigate the role of histones, complex protein structures that we now know to be essential for regulating gene expression. Daly developed methods for determining the structure of proteins and provided key insights into the structure of histones. 8, 9

Eventually, Daly left her more genetic orientated research and began to focus on health. Returning to Columbia University, Daly began to research the causes of heart attacks. Daly’s research was some of the first work that investigated the role of diet and smoking in circulatory problems, notably identifying the role of cholesterol in cardiac health.1, 10-12 After a lengthy research career, where her work in science and medicine was recognised with numerous prestigious awards, Daly retired from research in 1986.1 Today, Daly’s research is considered essential, for having far reaching implications for the field, as well as having direct health outcomes to this day.