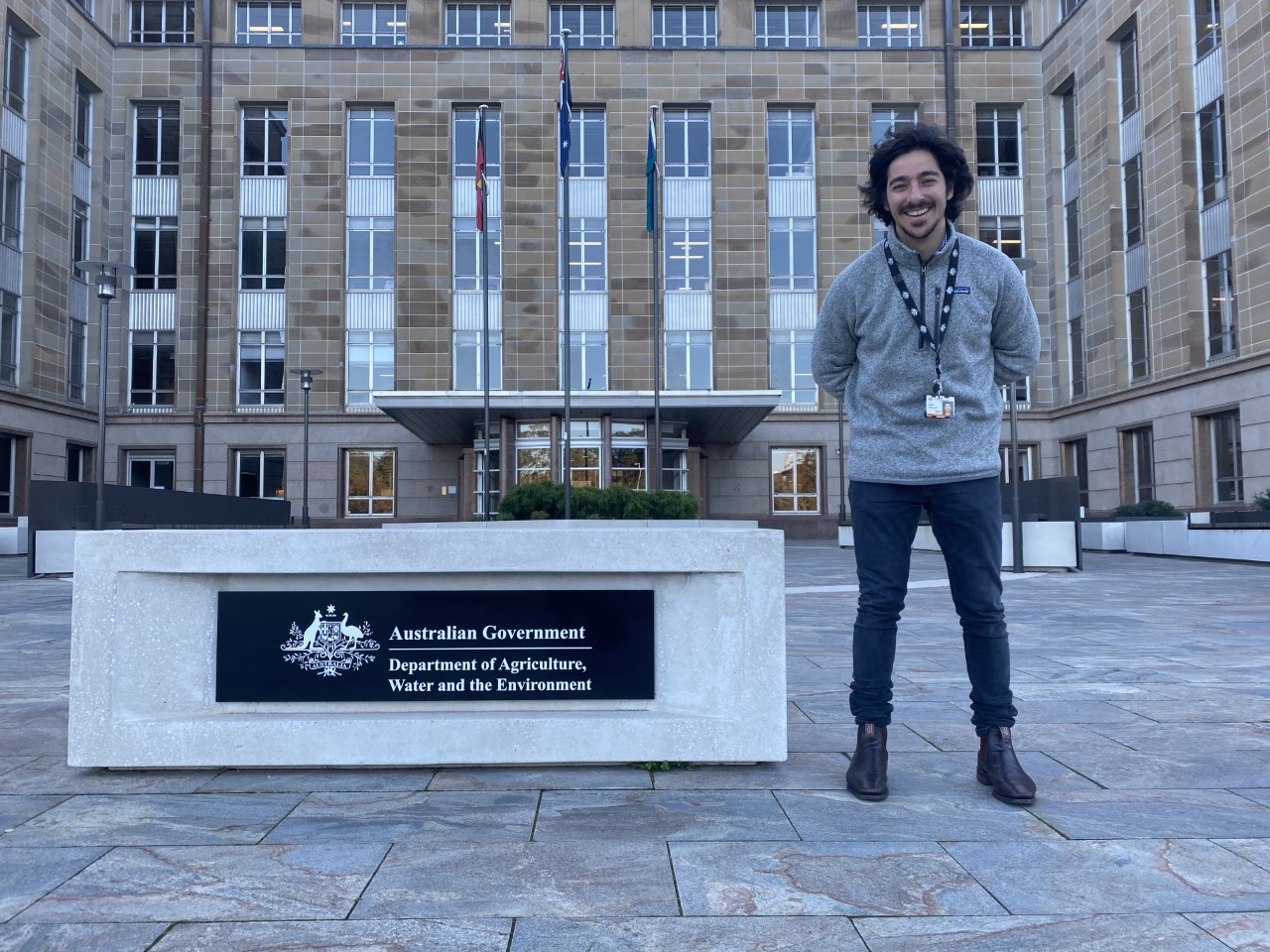 Adam is a Taskforce Officer at the Australian Department of Agriculture, Water and Environment, where he’s working to create tangible and meaningful change in Australia’s National Waste Policy. Adam discovered his passion for the environment while studying a double degree at UNSW, the Bachelor of Science/Social Science, majoring in Biological Science.

Now, he’s helping Australians reduce landfill and tackle an environmental challenge that most of us face each day – what goes in the bin. Adam spoke to us about his time at UNSW and how it helped him get to where he is today.

What did you study at UNSW?

I studied a double Bachelor of Science/Social Science. My major was Biological Science which I combined with my Social Science major in Public Policy. I then did my Honours in Marine Science studying sea urchin herbivory and their interactions with species of seaweed for Operation Crayweed, a project aiming to reforest Sydney’s marine seaweed population.

Where are you working now?

I’m currently working for the Department of Agriculture, Water and the Environment in the Australian Government’s Waste and Recycling Team. Our team is responsible for implementing the National Waste Policy 2018 and delivering the National Waste Policy Action Plan 2019. Delivering this Action Plan means I’m working towards ambitious national targets that would make Australia a global leader in waste management and recycling - such as reducing total waste generated in Australia by 10 per cent per person by 2030, phasing out problematic and unnecessary plastics by 2025 and halving food waste by 2030.

What’s the best part of your role?

I like that my job is part of the solution and not the problem. My role is to think of solutions and help governments, businesses and communities turn waste into resources rather than sending it to landfill. Slowly but surely, I can see the changes I’m making help solve an ongoing environmental challenge that most Australians deal with on a daily basis – what goes in the bin!

What did your career look like when you graduated?

In 2018, I joined the Australian Fisheries Management Authority Graduate Program, where I worked on international policy aimed to reduce illegal, unreported and unregulated fishing in the Pacific Ocean. I travelled frequently for this role and participated in international delegations.

After the Graduate Program, I joined the Department of Agriculture, Water and the Environment working on initiatives to reduce marine plastic pollution in Australia and the Pacific. As a result of my work on plastic pollution, I was seconded to work in the Prime Minister’s task force to ban the export of Australia’s waste overseas. I enjoyed waste management and recycling so much that I ended up staying in this area to work on the National Waste Policy 2018.

What did you like most about studying at UNSW?

I enjoyed how practical the courses were. I’m a firm believer that the best learning is hands-on learning. Some of the best memories of UNSW were the research trips up to UNSW’s field station at Smith’s Lake. The Station is used by the school as a research and teaching zone where we could study coastal and marine ecosystems. It was there I discovered my love for the marine environment. I also developed the ability to communicate scientific research into plain language for a range of audiences. This skill has been crucial in my career working with people from all different backgrounds.