"Our aim is for every local community to transform their e-waste into commodities like metal alloys, instead of leaving old devices in drawers or sheds, or sending them to landfill."

Waste microfactories are revolutionising recycling as the world’s waste crisis continues to escalate.

Where do all our obsolete mobile phones, laptops and tablets go?

Professor Veena Sahajwalla, a waste trailblazer who is revolutionising the way we recycle toxic materials, is determined to harness the value of old electronics and stop them going to landfill.

“We already understand the importance of sourcing green energy from the sun, and in the same way we can source valuable green materials from our e-waste,” she says.

“Our aim is for every local community to transform their e-waste into commodities like metal alloys, instead of leaving old devices in drawers or sheds, or sending them to landfill.”

Materials scientist, engineer and innovator Veena Sahajwalla was inspired to pursue a career in waste recycling after growing up in Mumbai, where she watched ragpickers trawling through the city’s debris to sell on to scrap dealers.

“People in the most disadvantaged and marginalized communities are doing so much with so little,” she says, “Workers would pick among refuse for paper, plastic, cardboard and anything of value.”

She is best known as the inventor of ‘green steel’, a patented, commercialised steelmaking process that partly replaces coke with old tyres and plastics in electric arc furnace steelmaking. The principles of the technology led Professor Sahajwalla to develop the world’s first ewaste microfactory, unveiled at UNSW recently.

Microfactory technology can transform metals and plastics of discarded electronic items like mobile phones, computers and printers into new and reusable materials that can be used to manufacture high value products.

The team is currently building a second green microfactory to take many of the recycled containers and materials put out in council bins – plastics, glass and other waste streams – and convert them into valuable materials such as plastic filament for 3D printing, engineered stone products, valuable insulation and building panels.

Microfactories can reshape waste where it is stockpiled and created, enabling local businesses and communities to tackle local waste problems and develop a commercial opportunity from the valuable materials that are created

“Governments and industry around Australia are desperately grappling with the growing waste and recycling problem that has resulted from China’s ban this year on imports of foreign waste.

“This crisis has brought into sharp focus that Australia’s waste is Australia’s problem, at the very same time that consumers, more than ever, are seeking to reduce environmental impacts and create more sustainable outcomes across all areas of our society.”

Professor Sahajwalla is founding Director of the SMaRT Centre at UNSW and heads the ARC Industrial Transformation Research Hub for green manufacturing.

She has won numerous international and national honours, including the 2017 PLuS Alliance Prize for Research Innovation and became the first woman to be awarded the prestigious Jubilee Professorship by the Indian Academy of Sciences. In 2018, Professor Sahajwalla was elected Fellow of the Australian Academy of Science.

Most recently, Professor Sahajwalla has been examining the way used and unwanted clothes could be converted into building materials instead of winding up in landfill, where they gradually decompose and release toxic chemicals and greenhouse gases.

Professor Sahajwalla became one of Australia’s best-known scientists and inventors through her regular appearances as a judge on the long-running ABC TV series ‘The New Inventors’ and recent guest on ABC’s ‘War on Waste’ series. 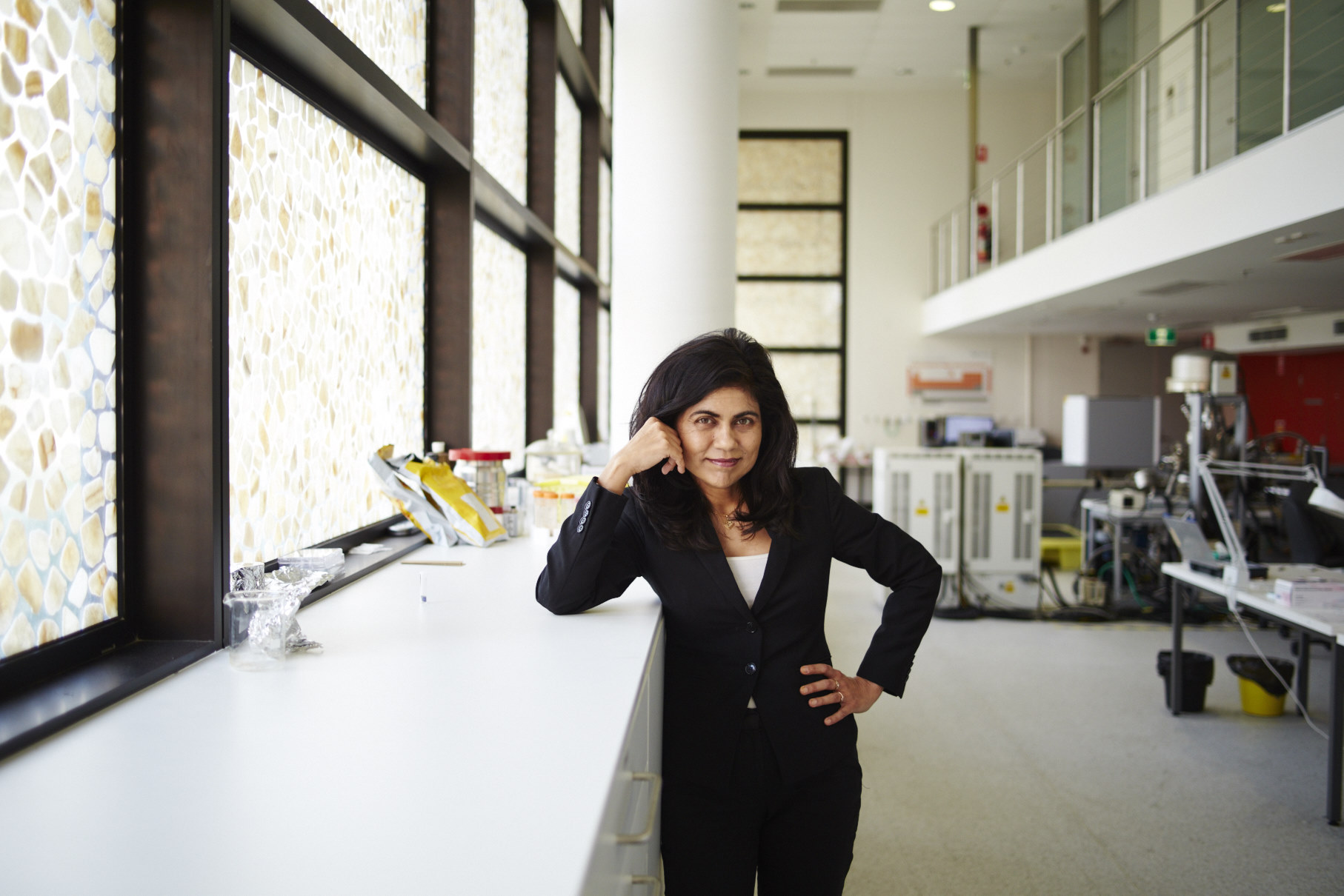 Soaking up the water & the sweat

UNSW scientists have developed a new carbon-based material that could revolutionise moisture control in applications as diverse as electronics, packaging, air conditioning – and keeping footwear fresh.

UNSW material scientists address the problem of lead leaching into the drinking water of Australian households by creating a new, lead-free brass alloy that will be used to make plumbing parts.

Research in the UNSW Chemical Sciences helps protect animals in the racing industry, by informing regulatory limits of cobalt, a key element in metabolic processes.