A light emitting diode (LED) is a device converting electrical energy into light. With the advantages of lower power consumption and longer lifetime, it is widely used in the lighting and display market with an increasing market share.

A solar cell is a device converting light into electricity, operating using the reverse process of an LED. The physics and device structures of LEDs and solar cells have many similarities. Many requirements for making a good solar cell also apply to making a good LED. Therefore, many characterisation techniques for solar cells can also be applied to inspect the material and device quality of LEDs. For example, luminescence imaging, which is widely used for measuring the uniformity of solar cells, can potentially be adapted to inspect the light uniformity of LED. (see attached image as an example) Charge carrier lifetime spectroscopy, which is widely used to investigate recombination-active defects in solar cells, can be adapted to investigate the non-radiative recombination in LEDs.

In this project, we will adapt several advanced characterisation techniques for solar cells to the inspection of LEDs. This project provides a unique opportunity to perform multi-disciplinary research. You will have a chance to learn knowledge about both solar cells and LEDs and use innovation to make connections between these two fields.

In this project, you will work with Dr. Yan Zhu. He has extensive experience in the characterisation of solar cells and has developed several novel inspection techniques. He will share with you the necessary knowledge and skills to start the project and help you build your own knowledge during the project.

You will also join the ACDC research team at UNSW (Artificial intelligence, Characterisation, Defects and Contacts). The research team is made up of around 20 researchers and students and we work on a wide spectrum of research activities to make the world a better place. The group has a friendly and open environment. You will enjoy not only research activities but also many social activities with us.

We will ensure a smooth start to your project, and throughout its duration, you will have a better chance to develop independent research skills.

The outcome of this project will be several novel characterisation methods for LEDs. These methods will be based on the advanced characterisation techniques we previously developed for solar cells. You will help us leverage our expertise in photovoltaics in the new field of LEDs.

We will aim to develop a prototype of the new characterisation technique and perform some proof-of-concept measurements on LEDs. This is a chance to present the outcomes in academic conferences and/or publish them as a journal paper. Our previous ToR students presented their work in the US and Japan!

More importantly, the major outcome of the project will be you, an undergraduate student who enjoys doing research, and understanding the basic skills needed for conducting good research. 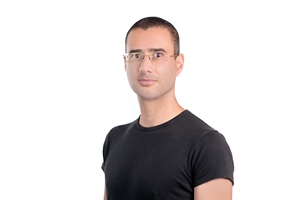 Through our regular group meetings, you will have the chance to learn various cutting-edge research topics. At the same time, you can also get advice from all the members of our research team.