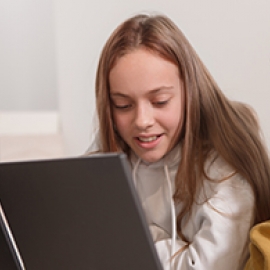 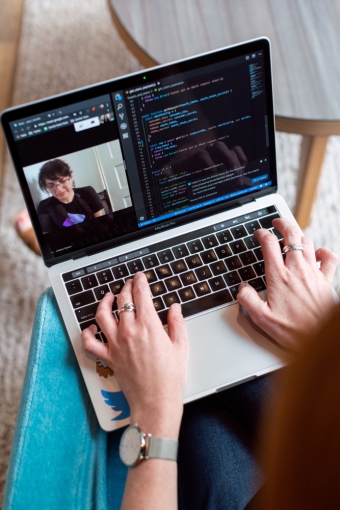 Over the summer holidays we set you the challenge of putting your thoughts down in writing and coming up with a blog idea. Have a read of the winning entry by Sofia De Bellis about Code Ninjas, a coding club she now runs at her high school and how it got started in the first place.

Code Ninjas was first developed after Giuliana De Bellis and her friend Edwina Adisusila attended the National Computer Science school in 2018. This camp inspired the girls to take their newfound passion and skills to the students at our school. After camp, they brainstormed different ways to get the community involved in coding. They reflected on what they learnt and what they wanted to achieve and concluded that starting a lunch time coding club would provide St Ursula’s with just the right opportunity.

Before pitching the club to teachers, the girls reflected on why they thought it was important. They remembered how enjoyable it was to work together to solve our coding problems and create projects. They thought if they could create a space where like-minded girls could also find this experience, it would foster their curiosity and interest in coding.

They began creating posters, speaking at year assemblies, and introducing Code Ninjas  at our school. Soon enough, they held the first workshop. At this point, they both had basic coding knowledge, in HTML, CSS and Python, so when they taught coding for the first time, they had just entered the world of coding too. Although this was initially  quite daunting, they quickly realised that  the experience and opportunity they were creating for the girls was incredibly important.

Fast forward a few years  - they now host meet-ups during lunchtimes, which are a huge success amongst all ages. The girls have a blast learning HTML, CSS, and Python coding, where they can build their own website, enter python coding competitions, where girls have achieved amazing results, and programming Lego Mindstorms Robots and Micro:bits.

With Code Ninja members graduating from St Ursula’s college in 2019, my close friend; Tara Forman and I stepped up to the club leader role for 2019-2021. We have both attended National Computer Science School in 2020, and I will return this year. Code Ninjas is projecting towards another year of fun with a focus on integrating technology at the new St Ursula’s garden such as cyber security, coding in Python, tech gadgets including drones, robots, AI technology, and of course more programming competitions. In addition, the Code Club is now expanding to the Primary school next door - Our Lady of Fatima Catholic Primary school to pass on coding skills to the next generation!